I took a quick trip to North Bend, Washington this weekend to run the Jack and Jill half marathon. There are several marathons on this rail trail course and I wanted to run the half to see if I might be interested in doing the full. Having done just a moderate amount of training since my half in May, I wasn’t sure what to expect. I was also going into the race with a migraine and it was 70 degrees with 70 percent humidity. So there was that. But it was beautiful!

The course is a net downhill and I had no idea how to adjust my pace to compensate for that, so I just ran by feel. My first few miles were about 8 seconds under my recent half marathon pace and that felt comfortable, so I just decided to roll with it. I also had no idea if some of the miles were more downhill than others, which is another reason why I wasn’t overly focused on my pace. Just as the Famous Potato Half I ran in May, this one also started to feel hard around the 8ish mile mark. I reminded myself that the pain cave was coming and that when I saw it I was going to say YES to it and run directly into it.

I refused to let the negative voices dominate, pushed myself as hard as I could on the day, and surprised myself with both a PR and an age group win! Up next: CIM! 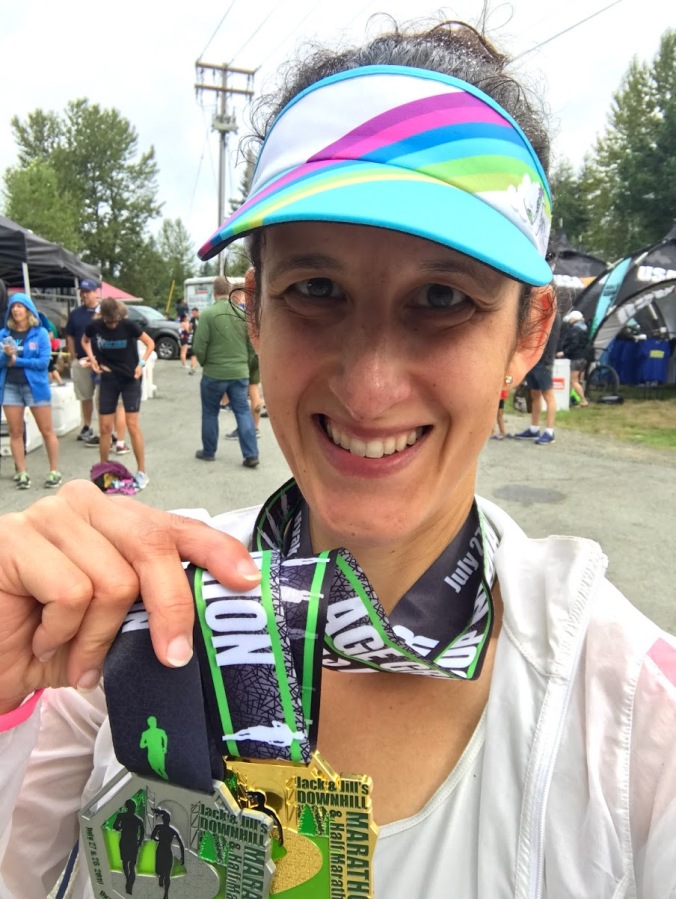