My father-in-law used to say that even a blind squirrel catches an acorn every now and again. And so, too, even a middle of the pack runner can win a 5k every now and again. I ran the Boise Spring Run 5k as a fitness test. The field was small and none of my teammates were running, which is precisely why I was able to place first overall female. The other reason is that something happened to the woman ahead of me. She either got lost or went to the bathroom or decided that she wanted to go for coffee or something?! There was a super fastie woman in front of me that I had no chance of catching who somehow ran across the finish line several minutes after me and I never passed her. So I don’t know what happened there. But somehow I crossed the finish line first. And it would have been a PR if the course had been measured accurately, but since this is Boise and we don’t have accurately measured courses, I can’t claim this one. This course was too short. But I did get a prize bag and I got to tell my kids that I won a race. They always ask me if I won and I always tell them, “No, I am not trying to win, I am just out there to have FUN!”, but this time I actually got to say, “Yes, I won! The blind squirrel caught an acorn!” 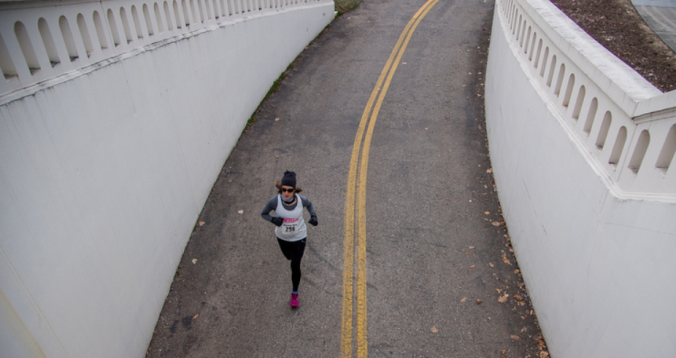